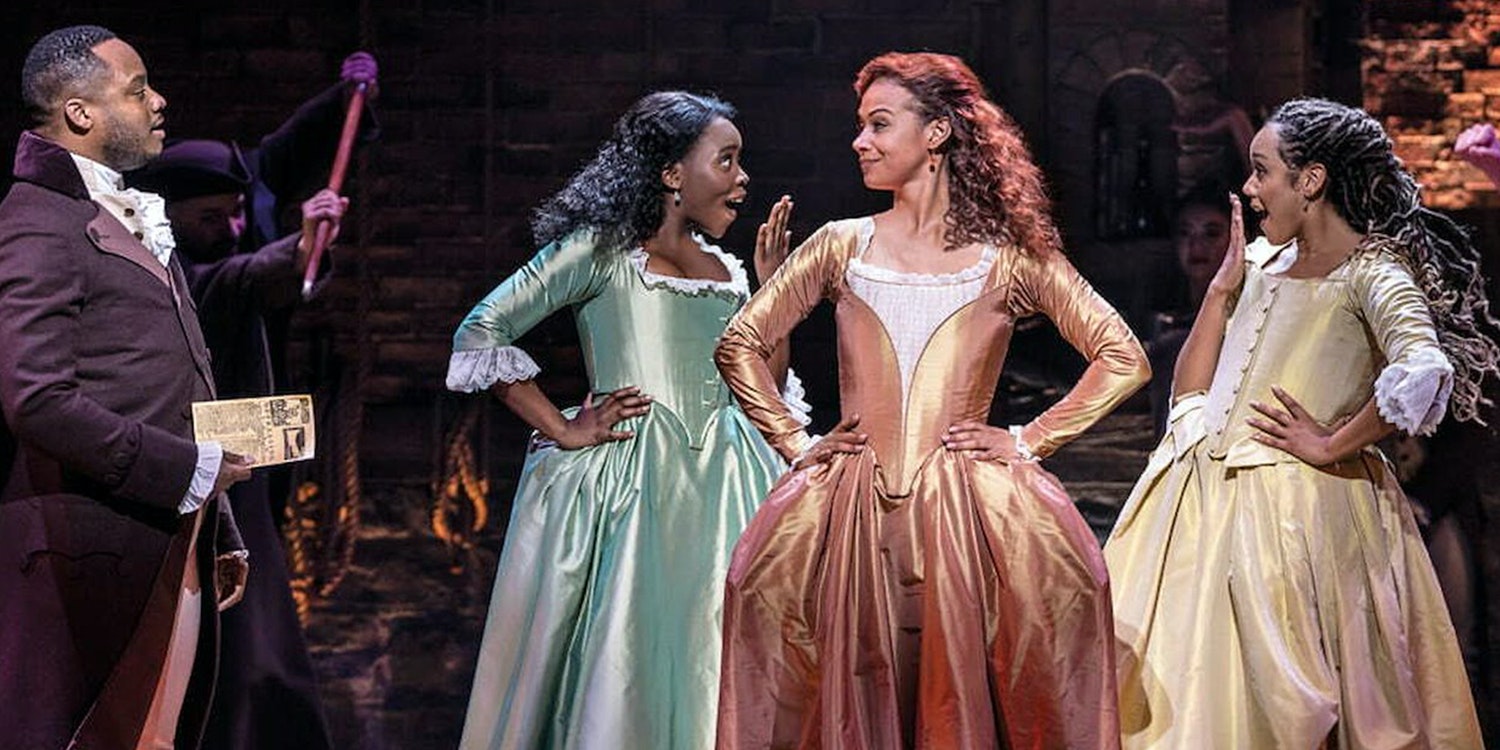 Hamilton's book, music, and lyrics are given by Lin-Manuel Miranda and the show features the outstanding Reuben Joseph in the titular role. Nuno Queimado plays the alternate Hamilton and is joined by main cast members Ava Brennan as Angelica Schuyler, Trevor Dion Nicholas as George Washington, Emilie Louise Israel as Peggy Schuyler and Maria Reynolds, Emilie Rudock as Hercules Mulligan and James Maddison, and Waylon Jacobs as Marquis De Lafayette and Thomas Jefferson. The West End Production of Hamilton musical London is noted for winning seven Olivier Awards in 2018, including the award for Best New Musical. Book your Hamilton musical London tickets now!

Featuring a score that blends hip-hop, jazz, blues, rap, and R & B, Hamilton is the story of America in the past, told by America now. The story revolves around America's Founding Father Alexander Hamilton. His claim to fame was being George Washington's right-hand man during the Revolutionary War and also the new nation's first treasury secretary. This hit musical features other important figures in American History, including the former U.S.A. Presidents Thomas Jefferson, James Madison, as well as Aaron Burr, Angelica Schuyler, Philip Hamilton, and many more! Hamilton musical London is produced by Cameron Mackintosh and is a show that shouldn't be missed. Get in touch with the past by booking your Hamilton musical London tickets now and be among the first to visit the reopened production!

Known to have won a Grammy Award for the Best Musical Theatre Album, this musical features hit tunes such as Alexander Hamilton, The Story of Tonight, My Shot, Aaron Burr, Sir, Right Hand Man, and many more! Take a listen!

Designed by Frank Matcham, The Victoria Palace Theatre opened on 6 November 1911. His design included a sliding roof over the auditorium to help keep the temperature of the auditorium regulated at performances during the summer months. The theatre is built on the site of an old Music Hall. Presently, it is known for its popular and successful run of Hamilton.

Tube: The closest subway station is Victoria Station on the Victoria Line.

Accessibility: Victoria Palace Theatre strives to make it an amazing experience for people with visual, physical, and auditory impairments.

Security: Please be aware that for your comfort and security all audience members will be subject to security checks upon arrival at the Victoria Palace Theatre.

Dress Code: Smart and casual wear or semi-formals are recommended. Keep in mind, that most London theatres are air-conditioned throughout the year and can get a bit chilly.

Outside Food: Most theatres do not allow outside food inside the theatres but most of them also have a café or restaurant inside the premises or nearby.

How can I buy Hamilton tickets at West End?

Buy your Hamilton musical London tickets online for a hassle-free and convenient experience that ensures the best deals and discounts.

How much do the Hamilton tickets cost?

The cost of the Hamilton musical London tickets will vary depending on the type of seats you choose. Click here to know more.

How can I buy cheap or discount Hamilton tickets on West End?

The best way to buy cheap or discounted Hamilton tickets is to book them online as you will often come across attractive discounts. Book your Hamilton tickets in advance as they tend to get more expensive closer to the show date.

How can I buy last-minute Hamilton tickets?

Is there a possibility that I will get partial view seating if I purchase discounted Hamilton tickets?

Booking Hamilton musical London tickets online will give you the opportunity to select your specific seats, thus, ensuring you do not get stuck with partial-view seating. But if you try your luck with lottery tickets, or purchase day seats, your seats will be allocated at the discretion of the Box Office, which can potentially mean partial view seating or split seats.

What is the opening date for Hamilton?

What age is Hamilton appropriate for?

Hamilton does not have a strict age limit. However, it is most suitable for children of 10 years and above. Children under 3 years will not be permitted.

Where is Hamilton playing in London?

Hamilton is playing at Victoria Palace Theatre in London and opened on 2 November 2021.

How long does Hamilton run for?

The running time of Hamilton is 2 hrs 45 mins with an intermission.

What is Hamilton about?

Hamilton is an award-winning musical about America's Founding Father Alexander Hamilton, during George Washington's era, as his right-hand man during the Revolutionary War and how he was the new nation's first Treasury Secretary.

Who are the main stars of Hamilton?

The main star of Hamilton is Reuben Joseph in the titular role.

What is the dress code while attending Hamilton?

Is outside food allowed while attending Hamilton?

No, outside food is not allowed while attending Hamilton. Most theatres do have a cafeteria or bar inside the premises where you can get snacks and drinks.

What are the facilities available at Victoria Palace Theatre?

Victoria Palace Theatre has multiple facilities including Restrooms, Wheelchair Accessibility, and a Bar available for the audience during Hamilton.

Can I take pictures or videos of Hamilton inside the theatre?

What are the popular songs in Hamilton?

Hamilton has a range of delightful songs to enthrall audiences. Listen to top songs such as My Shot and The Story of Tonight. You can find the Hamilton playlist here.