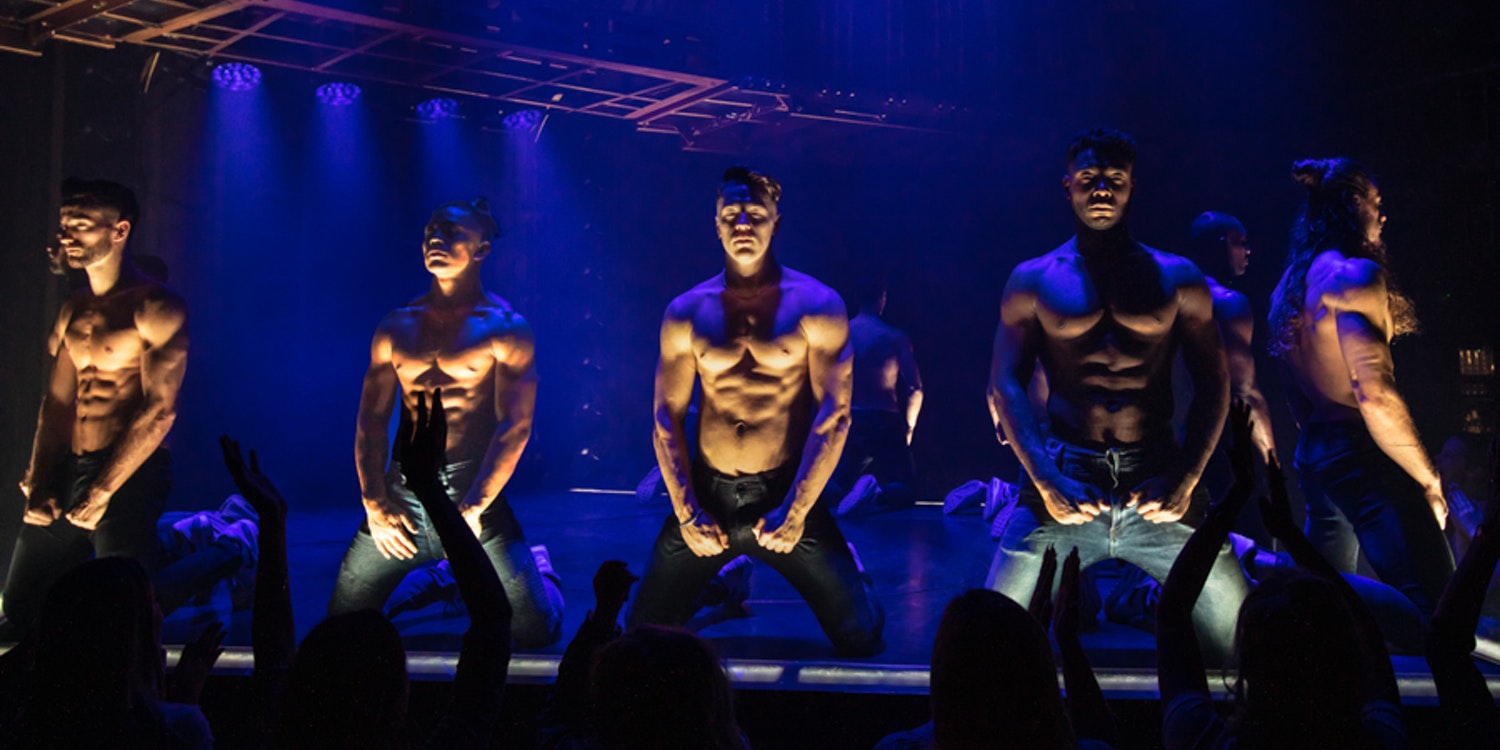 Boasting a scintillating mix of acrobatics, dancing, and stripping, Magic Mike Live is a live experience unlike any other. With this show, Channing Tatum, the man behind Magic Mike, has attempted to normalize and even celebrate female desires. This strip show isn’t lewd or outrageous for the sake of it but instead presents stripping as a spectacular art form. Featuring a truly global cast of dancers, all with gloriously chiseled bodies, Magic Mike Live offers a good time and then some! Some of the dance styles heavily featured during the show include street, robot, hip-hop, and more. The interactive show encourages audience participation as performers leave the stage and make their way to the crowd, offering a lap dance to willing participants.

The live show is based on the Magic Mike movie series, which was conceived and produced by Channing Tatum, who co-directs the show with Alison Faulk. Magic Mike Live follows in the footsteps of the widely loved movies and attempts to normalize strip shows as an art form and entertainment for women. After super successful runs in both the US and the UK, the show has successfully positioned itself as both empowering and incredibly sensual, as well as exhilarating.

Magic Mike Live doesn’t have a storyline as such and showcases some of the world’s hottest men performing breathtaking dance routines while utilizing the entire stage in fun and exciting ways. This 90-minute show features unique and mesmerizing acrobatic and musical acts that are equal parts empowering and exhilarating.

Book your online tickets for Magic Mike Live Musical and secure your seats now! Watch some of the world’s hottest men perform breathtaking dance routines at the Hippodrome Casino, London.

Opening in 2012, The Hippodrome Casino was inaugurated by then-Mayor of London Boris Johnson and consisted of 4 floors of gaming, including a Gold Room casino located in the original basement. The Casino has direct access to Chinatown, the Matcham Room cabaret theatre, bars, Heliot restaurant, and a smoking terrace. The Matcham Room is currently hosting the renowned Boom & Bang Circus and the Soho Burlesque featuring London's burlesque elite. The internationally renowned The Definitive Rat Pack is also maintaining their London residency at the venue.

Hippodrome Casino Seating Plan will help you find the best seats in the theatre.

Accessibility: Hippodrome Casino welcomes disabled guests and strives to make the show accessible for everyone

Security: Please be aware that for your comfort and security all audience members will be subject to security checks upon arrival at the Hippodrome Casino.

Outside Food: Please note that outside food is strictly prohibited inside Hippodrome Casino.

How do I buy Magic Mike Live tickets at West End?

Buy your Magic Mike Live tickets online at www.london-theater-tickets.com for a hassle-free and convenient experience that ensures the best deals and discounts.

How much do the Magic Mike Live tickets cost?

The cost of the Magic Mike Live tickets will vary depending on the type of seats you choose.

How can I buy cheap or discount Magic Mike Live tickets on West End?

How can I buy last-minute Magic Mike Live tickets?

Is there a possibility that I will get partial view seating if I purchase discounted Magic Mike Live tickets?

Booking Magic Mike Live tickets online will give you the opportunity to select your specific seats, thus, ensuring you do not get stuck with partial view seating. But if you try your luck with lottery tickets, or purchase day seats, your seats will be allocated at the discretion of the Box Office, which can potentially mean partial view seating or split seats.

What age is Magic Mike Live appropriate for?

Magic Mike Live guests must be at least 18 years to attend - an appropriate photo ID will be requested on arrival at the venue. Those under 18 years of age will not be admitted.

Where is Magic Mike Live playing in London?

Magic Mike Live is playing at Hippodrome Casino in London.

How long does Magic Mike Live run for?

The running time of Magic Mike Live is 1 hour and 30 minutes, without an interval.

What is Magic Mike Live about?

Magic Mike Live is a sizzling, Channing Tatum-crafted dance and acrobatic extravaganza featuring some of the world's sexiest and most talented men.

Who are the main stars of Magic Mike Live?

What is the dress code while attending Magic Mike Live?

Is outside food allowed while attending Magic Mike Live?

No, outside food is not allowed while attending Magic Mike Live. Most theatres do have a cafeteria or bar inside the premises where you can get snacks and drinks.

What are the facilities available at Hippodrome Casino?

Can I take pictures or videos of Magic Mike Live inside the theatre?