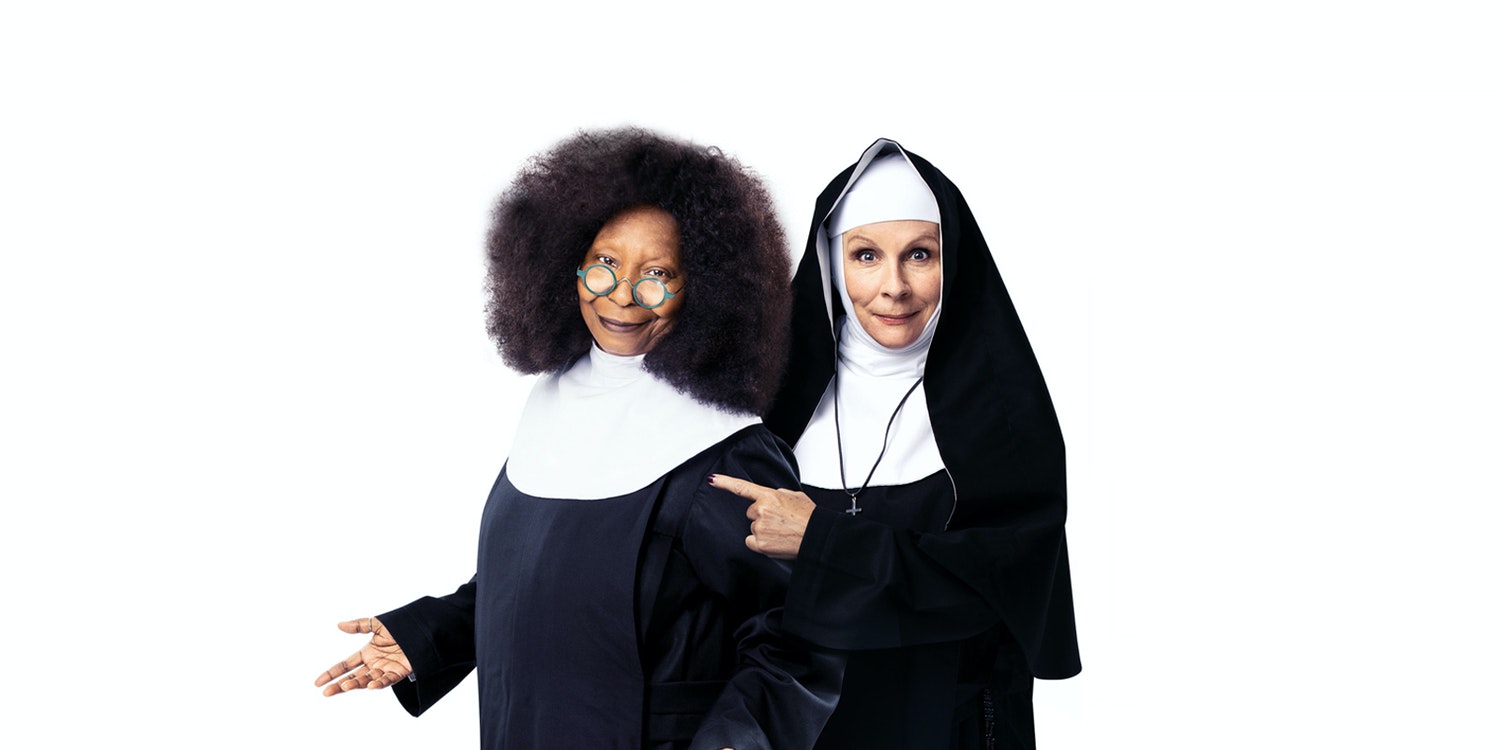 Musicals
Comedy Holiday Specials Fans of the Movie
Eventim Apollo 4.63(6)
19 Jul 2023 - 28 Aug 2023
TBA
Recommended for ages 14 and up.
🤑 Exclusive Heavenly Prices For The Summer!
Valid Performances: All Tuesday to Friday performances and Saturday evening performances. Hurry and book your tickets by 28 August 2023.

Brace yourself for the brand new version of the beloved musical Sister Act with original music by Alan Menken and lyrics by Glenn Slater. Menken is the same musical genius that won Tony’s and Oscars for his work in Aladdin and Enchanted.

Packed with humor, friendship, and joyful music, Sister Act is going to be one show that you don’t want to miss!

Producer Jamie Wilson says that the show will definitely be worth the wait and that he and Whoopi are in the process of putting together a stellar cast. The production has been in the making for several years now and the team is waiting to get back on stage.

Sister Act The Musical is set in the present day, following the story of Delores van Cartier who is sent into witness protection after she witnesses her mobster boyfriend commit murder.

What better place to hide than a convent? Delores is soon placed in a convent in California, where she must learn to live like and with the nuns. The nuns assign her to the choir where she slowly transforms them into a lively and soulful gospel group, helping each of them find their voice.

Enjoy your favorite movie come to life on stage with its entertaining story and sing-along numbers!

Written By: Bill and Cheri Steinkellner

Based on 1992 film, Sister Act , this musical has steller compositions by none other than Alan Menken and writers Bill and Cheri Steinkellner. Alan Menken is amongst the most popular musical artists in both film and theatre owing to his work with his scores for Beauty and the Beast, Aladdin, Pocahontas, and an array of other mainstream Disney productions Sister Act became a famous hit in 1992 and inspired several sequels and adaptations, including this theatrical version.

Eventim Apollo, formerly known as Hammersmith Apollo is a popular entertainment venue in London. The theatre opened in 1932 as the Gaumont Place, after which it was renamed as the Hammersmith Apollo in 1962. Over the years it has been home to comedians, television show recordings, live performances, and cabarets. In 2023, it will be the official home of Sister Act.

Eventim Apollo Theatre Seating Plan will help you find the best seats in the theatre.

Accessibility: Eventim Apollo Theatre welcomes disabled guests and strives to make the show accessible for everyone

Security: Please be aware that for your comfort and security all audience members will be subject to security checks upon arrival at the Eventim Apollo Theatre.

How can I buy tickets to the West End show Sister Act?

How much are the tickets for Sister Act?

The ticket price for Sister Act will vary with the seats you choose. However, the minimum prices of the tickets will be announced shortly.

What age is Sister Act appropriate for?

While Sister Act is recommended for ages 14 and above, children above the age of 2 can attend the show. Please note that children under 14 years of age must be accompanied by an adult over 18 years of age.

How long is Sister Act?

What are the popular songs in Sister Act London Musical?

Sunday Morning Fever, Lady in the Long Black Dress, I Haven’t Got a Prayer, and Bless Our Show are some of the most popular songs in Sister Act.

When is the opening date of Sister Act Musical in London?

Where is the West End show Sister Act playing in London?

How can I buy discount tickets to the West End show Sister Act?

By booking your Sister Act tickets with us, you can avail of interstate dicounts on your purchase.

Are there accessible tickets for Sister Act?

Yes. Since Eventim Apollo Theatre welcomes disabled guests and strives to make the show accessible for everyone, viewers can purchase accessible tickets for Sister Act.

Do I need to purchase a Sister Act ticket for my child?

Yes. Children above the age of 5 can attend Sister Act with a separate ticket.

Yes. Depending on the seat of your choice, you can find cheaper tickets for Sister Act. Click here to view your various ticket options.