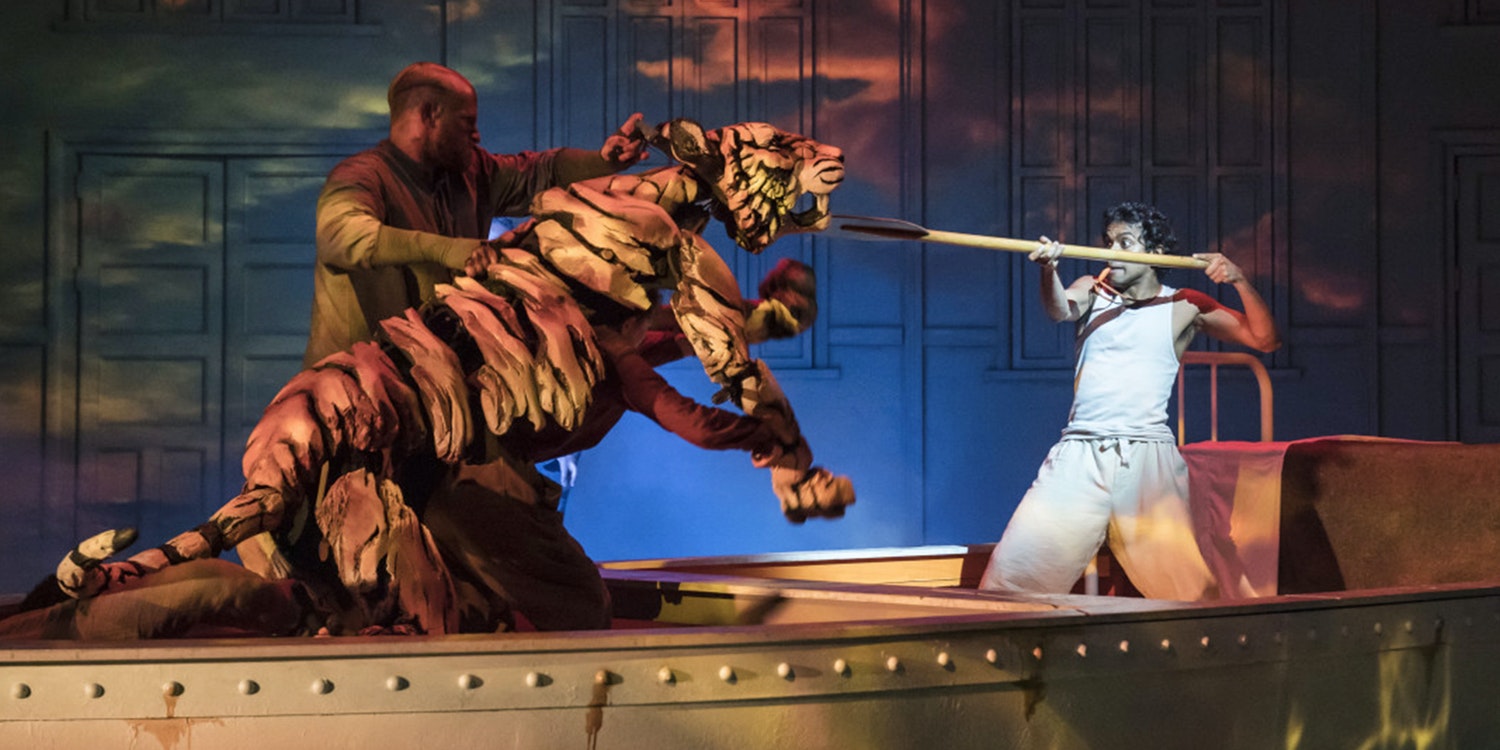 Why Watch Life of Pi?

Life of Pi has finally made its way to West End after its world premiere in Sheffield, with fans eagerly waiting to book a spot at the show. And why wouldn’t they? The inspirational musical is adapted from a Man Booker Prize-winning novel and an Academy Award-winning film.

Starring Nuwan Hugh Perera as Pi, Lolita Chakrabarti’s adaptation of Life of Pi is directed by Max Webster with puppetry design by Nick Barnes and Finn Caldwell, who have brilliantly brought this ever-inspiring story to life.

Based on the Academy Award-winning film, this version of Life of Pi had its world premiere in Sheffield in 2019 and is now set to transfer to Wyndham’s Theatre in London.

The story follows the survivors of a shipwreck in the middle of the Pacific Ocean including a zebra, a hyena, an orangutan, a Royal Bengal Tiger, and a 16-year old boy named Pi. Eventually, the only two left on the boat are Pi and the tiger, named Richard Parker. The two must learn to coexist with each other and find themselves to safety, while enduring a long journey of emotional and physical hardships.

Book online tickets for Life of Pi play in London.

Wyndham’s Theatre London, located on Charing Cross Road, is one of the two theatres designed by Architect W G R Sprague for actor/manager Charles Wyndham. After its opening in 1899, it housed its first production - a remake of David Garrick by T.W. Robertson. Having hosted multiple plays, musicals, and shows, it is most known and loved for the stage adaptation of King’s Speech.

Wyndham's Theatre Seating Plan will help you find the best seats in the theatre.

Tube: Alight at the Leicester Square tube station which is right next to the Wyndham's Theatre. This station is serviced by the Northern and Piccadilly lines. You can also get off at Piccadilly Circus and Covent Garden stations.

Accessibility: Wyndham's Theatre welcomes disabled guests and strives to make the show accessible for everyone

Security: Please be aware that for your comfort and security all audience members will be subject to security checks upon arrival at the Wyndham's Theatre.

How can I buy tickets to the West End show Life of Pi?

How much are the tickets for Life of Pi?

The ticket price for Life of Pi will vary with the seats you choose. However, tickets can be purchased at prices starting from £24.

What age is Life of Pi appropriate for?

While Life of Pi is recommended for ages 8 and above, children above the age of 5 can attend the show. Please note that children under 15 years of age must be accompanied by an adult over 18 years of age.

How long is Life of Pi?

Life of Pi runs for 2 hours and 5 minutes, with 1 interval in between.

When is the opening date of Life of Pi Musical in London?

Life of Pi will start playing in Wyndham's Theatre from 14th Nov 2021.

Where is the West End show Life of Pi playing in London?

You can watch the West End show Life of Pi at Wyndham's Theatre, London.

How can I buy discount tickets to the West End show Life of Pi?

By booking your Life of Pi tickets with us, you can avail of interstate discounts on your purchase.

Are there accessible tickets for Life of Pi?

Yes. Since Wyndham's Theatre welcomes disabled guests and strives to make the show accessible for everyone, viewers can purchase accessible tickets for Life of Pi.

Do I need to purchase a Life of Pi ticket for my child?

Yes. Children above the age of 5 can attend Life of Pi with a separate ticket.

Are cheaper tickets available for Life of Pi?

Yes. Depending on the seat of your choice, you can find cheaper tickets for Life of Pi. Click here to view your various ticket options.