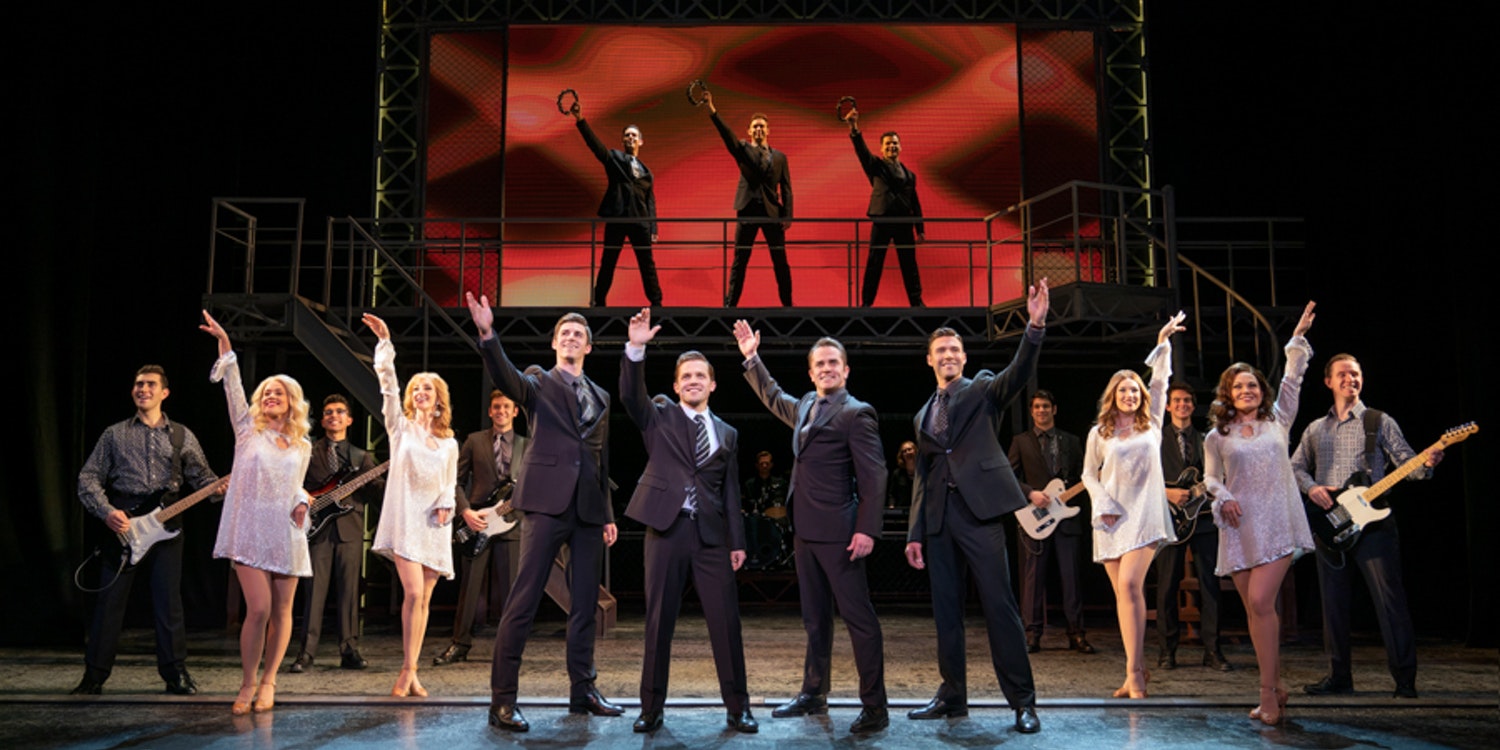 This documentary-style play portrays the journey of the popular 1960’s boy band The Four Seasons. The show ran on Broadway for about 12 years bagging a Tony, Olivier, and Grammy award before making a splash in the West End.

Bob Gaudio, a member of the original band, sought after writers Rick Elice and Marshall Brickman, and Director Des McAnuff to make a discography of the band. This idea eventually morphed into making a play portraying the trials and tribulations, and the enormous fame of the band. The show makes for an excellent insider peek into a band that made music for a generation.

This is a musical biography based on the rough life of the members of the band The Four Seasons. It takes a glimpse behind the glitter that surrounded this band that made an entire generation groove to their tunes. From gambling debts, Mafia threats, and family drama to personal clashes, the play portrays all their tribulations. This emotional story is carried masterfully by musical pieces directed by the original pianist of the band Bob Gaudio. It is the classic American Story of rags to riches and back to rags!

Bob Gaudio will regale the audience with songs such as “Beggin'', "Sherry", "Walk Like A Man", "Bye Bye Baby", and "December" at the Jersey Boys musical.

Book your online tickets for Jersey Boys musical and secure your seats now! Watch this musical biography based on the members of the band The Four Seasons at the Trafalgar Theatre, London.

This theatre has its origins going back to the 1930s when it was used to run plays and stage shows. It was then converted into a television and radio studio from 1997 to 2020. In 2021 it is all set to become a 630 seat theatre again with Jersey Boys being one of its most famous plays.

Trafalgar Theatre Seating Plan will help you find the best seats in the theatre.

Accessibility: Trafalgar Theatre welcomes disabled guests and strives to make the show accessible for everyone

Security: Please be aware that for your comfort and security all audience members will be subject to security checks upon arrival at the Trafalgar Theatre.

Outside Food: Outside food is strictly prohibited inside the venue.

How can I buy tickets to the West End show Jersey Boys?

How much are the tickets for Jersey Boys?

The ticket price for Jersey Boys will vary with the seats you choose. However, tickets can be purchased at prices starting from £30.

What age is the Jersey Boys appropriate for?

The age recommendations for Jersey Boys is to be announced.

How long is Jersey Boys?

Jersey Boys runs for 2 hours and 20 minutes, with 1 interval in between.

What are the popular songs in Jersey Boys London Musical?

Beggin’, Sherry, Walk Like A Man, Bye Bye Baby, and December are some of the most popular songs in Jersey Boys.

When is the opening date of the Jersey Boys Musical in London?

Where is the West End show Jersey Boys playing in London?

You can watch the West End show Jersey Boys at Trafalgar Theatre, London.

How can I buy discount tickets to the West End show Jersey Boys?

By booking your Jersey Boys tickets with us, you can avail yourself of exciting discounts.

Are there accessible tickets for Jersey Boys?

Yes. Since Trafalgar Theatre welcomes disabled guests and strives to make the show accessible for everyone, viewers can purchase accessible tickets for Jersey Boys.

Do I need to purchase a Jersey Boys ticket for my child?

The ticket details of Jersey Boys will be announced soon.

Yes. Depending on the seat of your choice, you can find cheaper tickets for Jersey Boys. Click here to view your various ticket options.